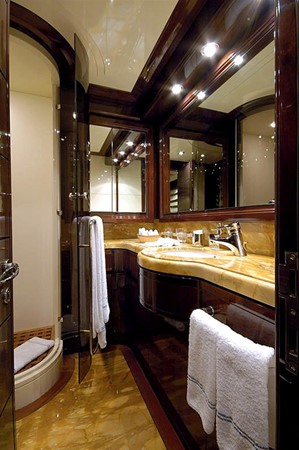 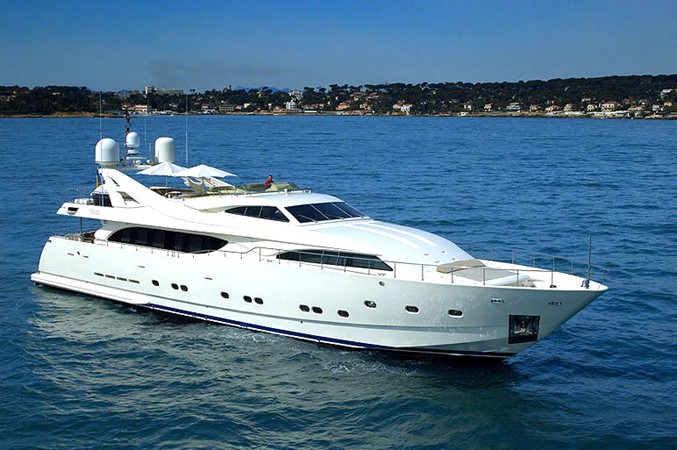 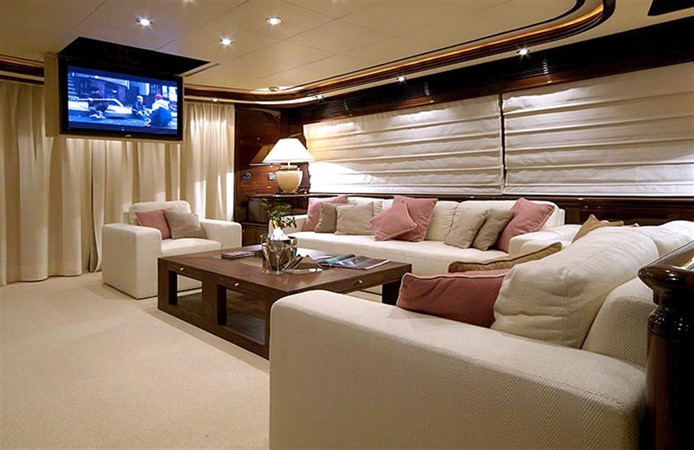 EUR 3,500,000
Sleek looks and a low profile suggest a sporty performance, and with 5,500 hp in the engine room, you won't be disappointed. But above all the 112 is a fast, long-range cruising yacht.the Ferretti 112 is built to combine luxurious and roomy accommodations, as demanded by owners who plan to spend a lot of time onboard, with the range to go places and the speed to get there fast.
The owner's cabin is forward on the main deck, behind those big windows, and benefits from terrific views and lots of daylight. This is obviously where a cruising owner would want to be.
Two Kay has four en suite double guest cabins on lower deck, which is two twins and two double cabins.
The extended upper deck, which does so much to emphasize the 112's sleek looks, is a practical area, with a big sofa, several acres of sunbathing area around the hot tub. forward section can be shaded by a bimini top and two umbrellas, sturdy enough to be used when underway, which makes the upper helm station and the surrounding seating area practical for guests on long passages.
These wide-open spaces are matched by similar surprising generosity in the engine room. The standard motors are 2,775-hp MTU V12s, which are pretty big lumps. Nevertheless they luxuriate in a massive engine room.